How to Understand D3.js Continuous Scales

Most online tutorials on D3 scales, at best do not get the point, and at worst are really misleading.

Before I move on, I’d like to specify two most important points I realized about D3 continuous scales:

This blog post is all about D3 continuous scales. I might omit the word “continuous” in the following.

Why Bother Using D3 Scales? Couldn’t We Plot It Directly?

Well, the thing is, sometimes the numbers are so big that you don’t have enough pixels to plot them directly.

For example, suppose we have this dataset, [34, 59, 109, 544, 1299], and we are going to plot a bar chart of this data. It would be best if we can draw it directly. Five bars whose heights (in pixels) are equal to the corresponding data values: The first bar will be 34 px tall, the second 59 px … and the last 1299 px. For this dataset, it might be Okay to plot it this way. However, if we had another number, 999999, it would be impossible to draw a bar whose height is 999999 px simply because we don’t have such a big screen. That’s why we need input domain and output range, both of which are basically intervals.

What are Input Domain and Output Range?

The input domain can be anything, as long as the minimum and the maximum number in our dataset are included in this interval1. Note that the start of the input domain does not have to be \(0\). For the above dataset, let’s set the input domain to be [30, 1300].

How do the input domain and output range work?

The situation here is depicted in the figure below:

In our situation, we should use the linear interpolation. Why? Sorry that I cannot explain mathematically here. I can only explain intuitively. In our example above, there is a “shrinkage” from the input domain to the output range. However, this transformation is linear. A linear transformation can be expressed as 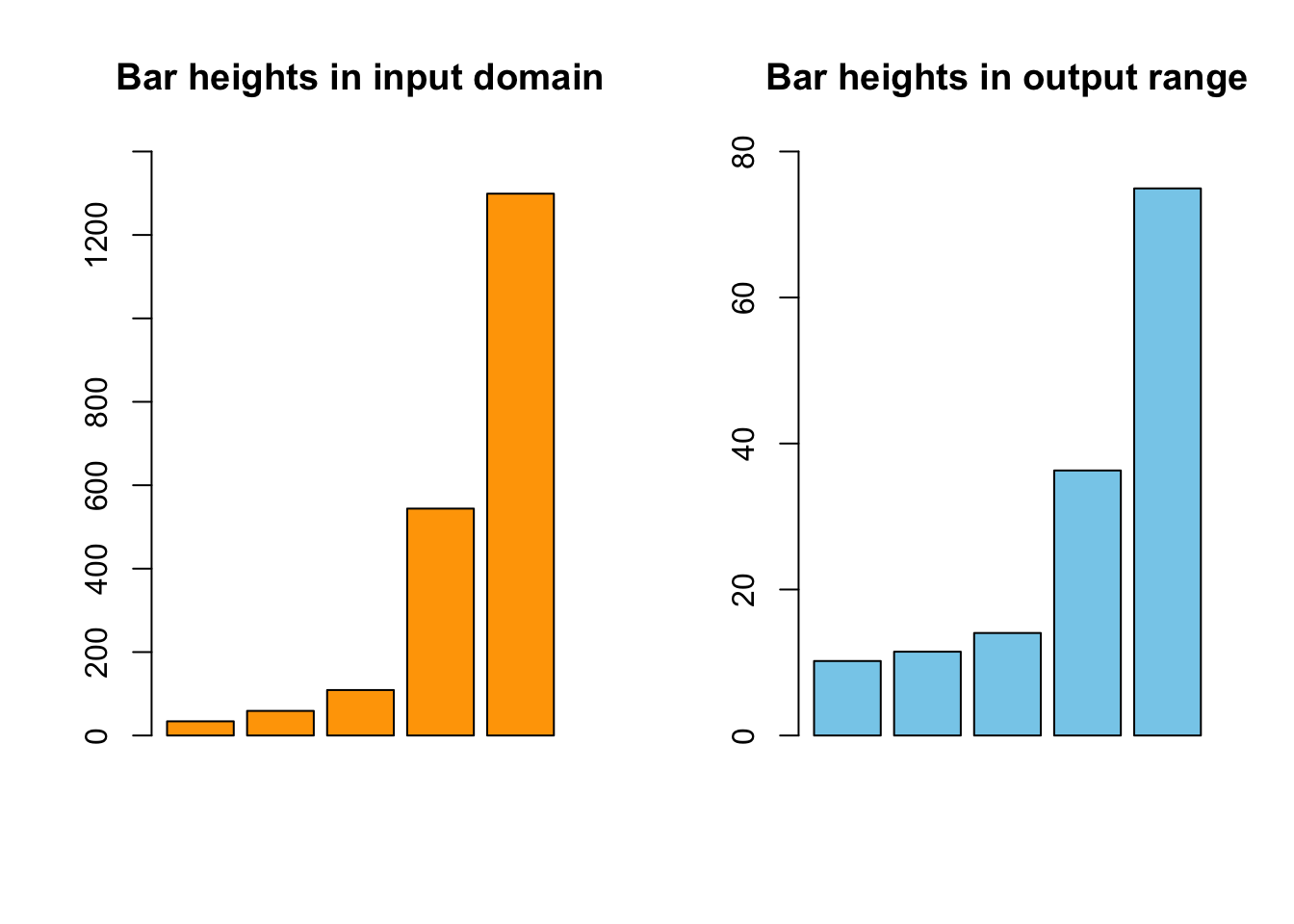 The first impression would be that it’s relatively Okay, since the two seem to be comparable. However, if you look closer, you’ll find that on the original scale, the input domain, the third bar is around 3 times taller than the first bar. However, on the transformed scale, the output range, the third bar is only twice as tall as the first. The relative height is not maintained, and therefore, the two results are not comparable.

“D3 scales suck”, you might say. “What was Mike Bostock thinking? D3 scales did not preserve comparability between the two results and they are misleading!”.

Well, it’s actually our fault rather than D3 scales’. Before I explain how come that the two results are not comparable and how to avoid that, let me talk about how D3’s scaleLinear() works.

Suppose the following is the input domain. The starting point is labeled as S and the end E. There are three data points, i.e., A, B, C. The distance between S and A is a, that between A and B is b, that between B and C is c, and that between C and E is d. Then, how will d3.scaleLinear() compute the corresponding value for data point A, B and C in the output range?

Now that we know how d3.scaleLinear() transform data from the input domain to the output range, let’s think about what does this transformation preserve.

This property will be super useful in coordinates, for example, when we are plotting scatter plots. 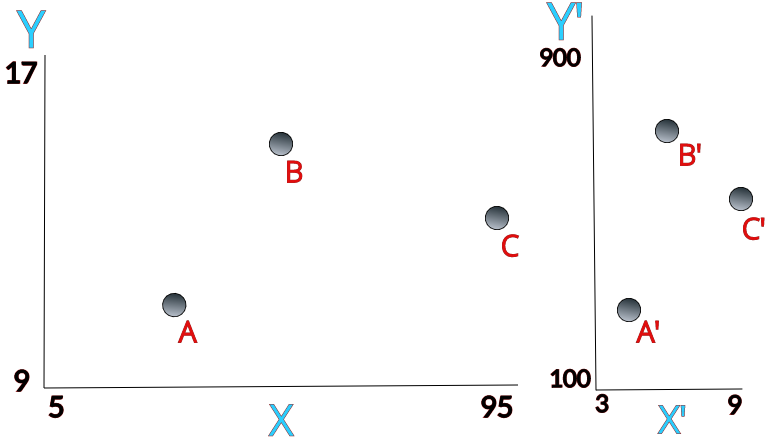 How is relative positions maintained here?

In the input domain:

In the output range:

You see, for each data point, the relative coordinate values change but its relative position to both axes remains the same.

How to Maintain Relative Length?

Now, let’s go back to our initial problem: the relative length is not preserved after transforming bar heights from the input domain to the output range.

I asked this question in d3js’s Slack group. 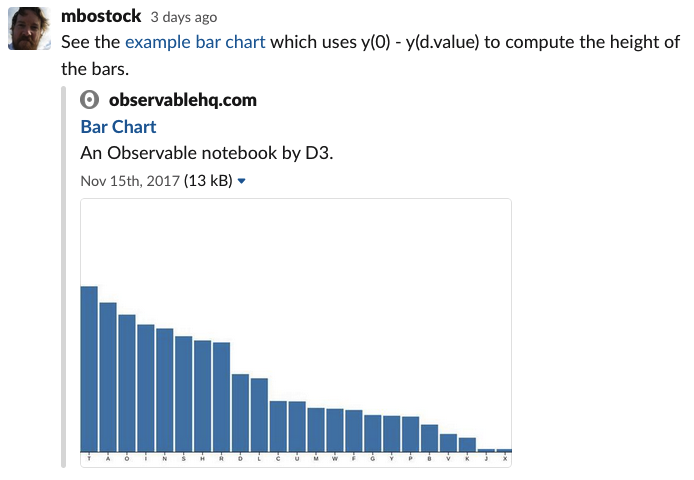 Here is the Observable Notebook Mike Bostock was referring to.

Later, I recapped my understanding and expressed my gratitude.

I found these articles on D3 scales helped me a lot, in order of helpfulness: